Visiting Clare Island off the west coast of Ireland has been on my bucket list for a couple of years. We recently had the opportunity to visit the Island and even though it is January we decided to go. We were not disappointed.

Clare Island, is approximately 7km long and 4km wide, and lies 5km of the west coastal of Ireland.  The highest point Knockmore (“An Cnoc Mór” in Irish, meaning great hill) is 462m. Today, there is a population of about 160 though many of the houses on the island are holiday homes.

We took the ferry from Roonagh pier, just outside Louisburg, on a cold but bright morning. The sea was choppy and hopping from the pier steps into the ferry had to be timed with the swell. Once all the passengers were safety on-board, the crew hoisted a trailer full of hay with the aid of a small crane. This was quickly followed by an ancient jeep. 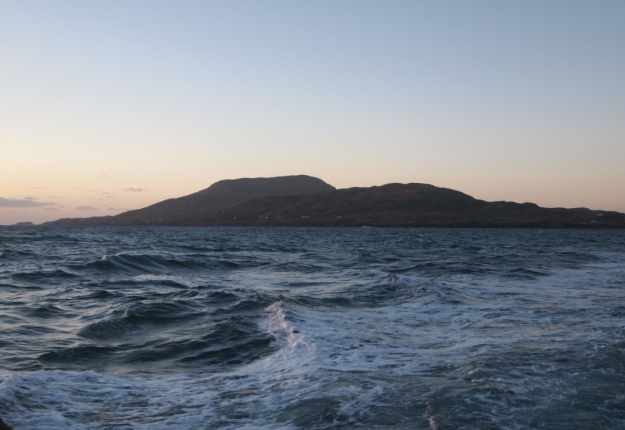 In less than half an hour, we found ourselves alongside the Clare Island pier. We took the road heading west from the harbour, and part of the Clare Island loop walk. Looking inland the land rose to Knocknaveen. Out at sea, we could see the smaller island of Inishturk. 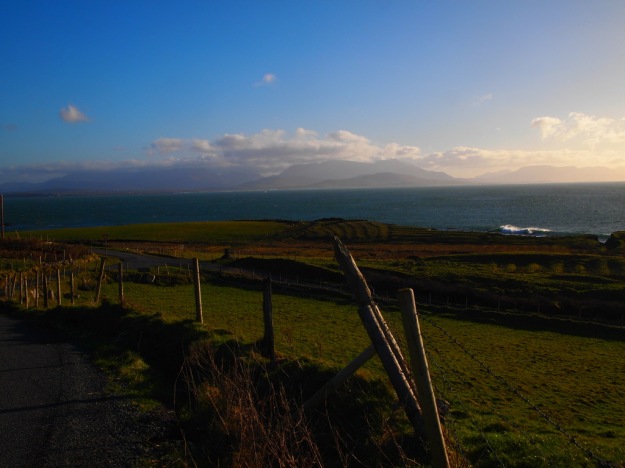 The mainland from Clare Island

At this time of year, many of the facilities are closed but thanks to the hospitality of a local family we enjoyed some tea and hot chocolate,  and also learned a little of Island life. There is only a primary school on the island so once children reach their teenager years they leave for secondary school on the Monday morning ferry, returning to the island on Friday evening. 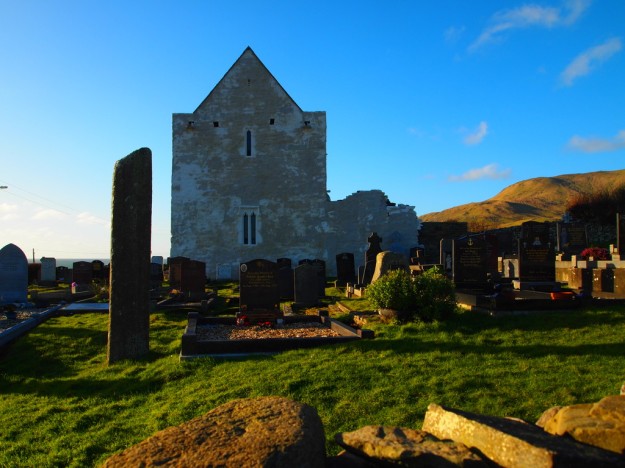 We continued our walk, pausing for lunch, at the island abbey, unfortunately also closed for repair. There was then a steep climb along the road as we headed inland, but we had an extra treat of seeing an Irish hare! The land is grazed mostly by steep, with a few cattle, donkeys and ponies. 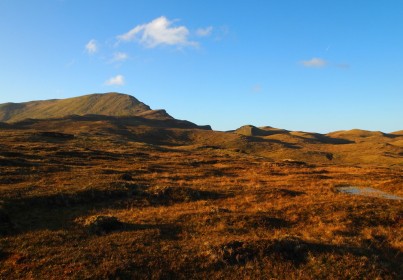 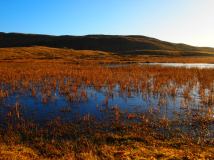 After crossing the interior of the island, we headed south-east back toward the harbour. Close to the pier stands a Tower House once owned by Grace O’Malley the famous pirate queen (whom I have written about previously). 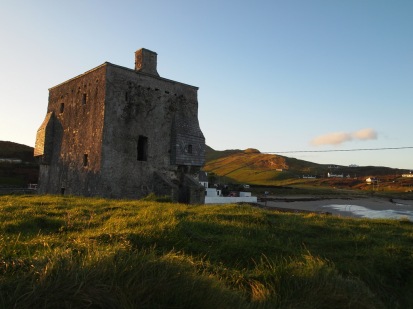 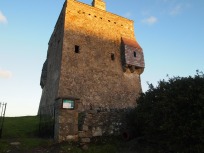 We left the island on the 16.15 ferry back to the mainland.  We were further blessed with a magnificent sunset over Inishturk and the sighting of three bottle-nosed dolphins (too far off to get a decent photo). I can safely say that we were all take by the beauty of the island and the hospitality of it’s inhabitants. And we hope to make a return journey later in the year. 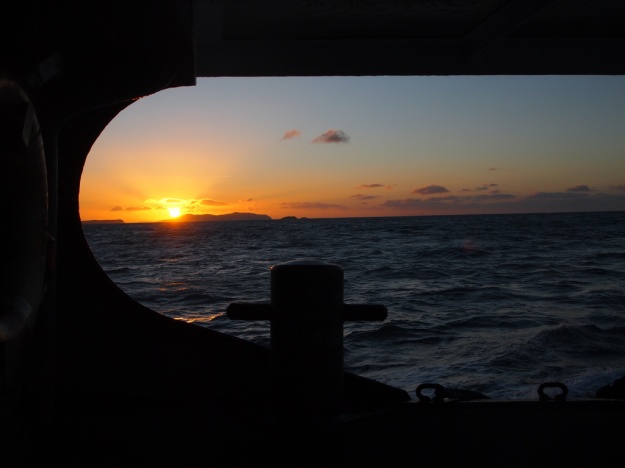 Sunset over Inisturk from the Clare Island Ferr 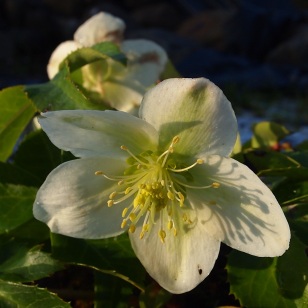 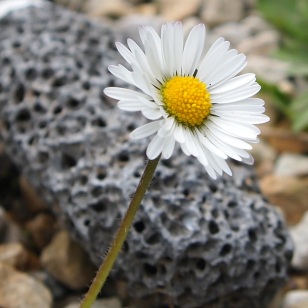 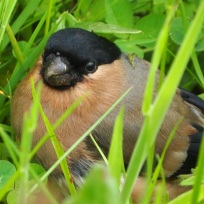 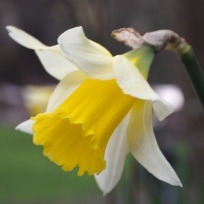 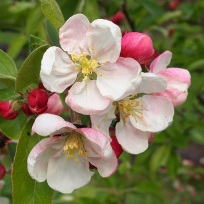 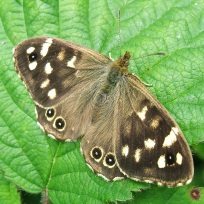 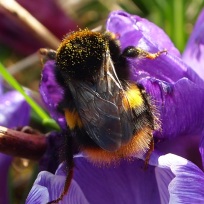 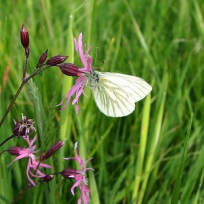 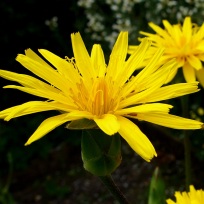 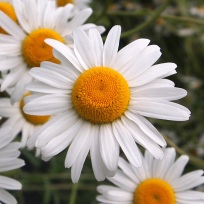 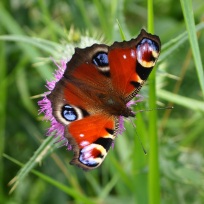 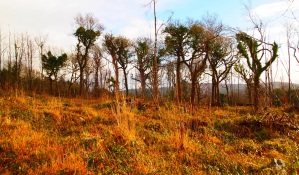 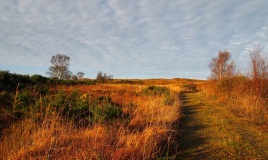 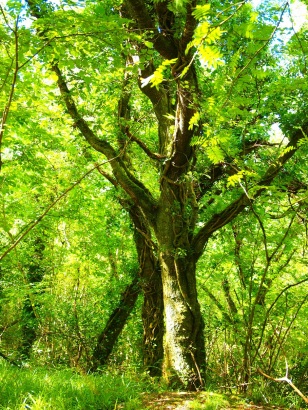 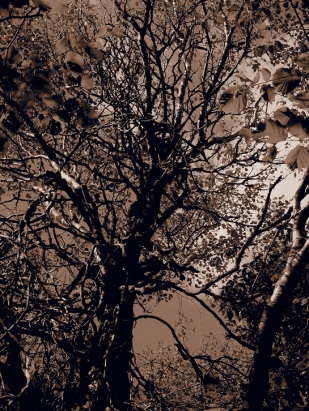 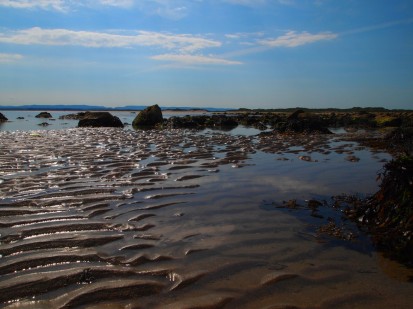 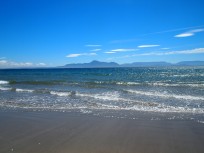 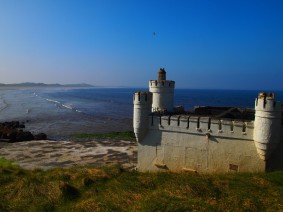 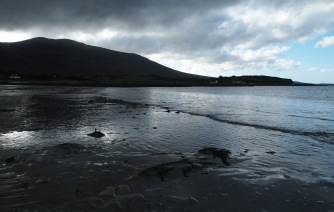