Once again Irish wildlife finds itself under threat. If we weren’t causing enough harm to our local biodiversity the Minister for the for Arts, Heritage and the Gaeltacht, Heather Humphreys, has proposed changes to the Wildlife Act that will allow for the burning of vegetation in March and the cutting of hedgerows in August. This will have a serious impact on many of our wild species but in particular wild birds and pollinators. Please sign this petition supported by the Irish Wildlife Trust, Birdwatch Ireland, An Taisce and Hedge Laying Association of Ireland to try and stop this. 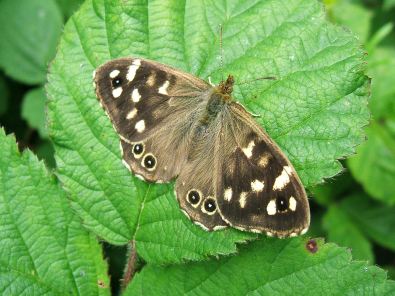 Last January people were ask to make submissions on the proposals. Here is an extract from my submission:

I have been involved in a number of country hedgerow surveys and so feel I have a good knowledge of their ecology. Changing cutting to the end of July would have serious impacts on the biodiversity of our hedgerows. We all know hedgerows are important to nesting birds but they are also vital for other wildlife including insects and in particular pollinators. Hundreds of insect species have been recorded using hedgerows (see references below – Corbett & Mole, 2005, Lewis, 1969 and Maudsley, 2000). Many butterfly species will use native hedgerows not only for finding food but also roosting, basking, mating and egg laying (Dover & Sparks, 2000). I have observed pollinators use both shrubs and climbers in hedgerows and the ground flora of hedgerows to gain vital pollen and nectar. We know that many species of pollinator are struggling with some species in decline. While on one hand there are initiatives such as the All-Ireland Pollinator Plan – (http://pollinators.biodiversityireland.ie/home/all-ireland-pollinator-plan-2015-2020/) to help protect these species, on the other hand consideration is being given to removing a vital form of food for them. Cutting hedgerows at the end of July removes many flowering plants from hedgerows, including brambles and ground flora. The removal of flowering bramble also reduces crops of blackberries which are an important food source for many of our wild birds and wild mammals. Cutting ground flora before they have time to self-seed is also likely to lead to decreases in flora diversity.

Burning heather at the time it is in full flower (July -September) would have a detrimental effect on many of our native pollinators. Honey bees are suffering declines worldwide due to numerous factors. According to the Irish bee keeping website (www.irishbeekeeping.ie/index.php/about-us/education/flowers-for-bees) Irish beekeepers get surplus crops of honey from a small number of plants, which include Ling and Bell heather. The website also states that severe cutting of hawthorn and blackberry in hedgerows will reduce flowering, thereby it is also detrimental to honey production. Bramble is second only to white clover as a valuable nectar producing plant, and in cooler summers it is the main source of the surplus Irish honey crop in most areas.

There is no doubt that hedgerows and upland vegetation must be managed appropriately, but an earlier cutting season is not appropriate. The loss of habitats and the general decline of wild flora in Ireland have both being linked to the decline in pollinators (pollinators.biodiversityireland.ie/bees/irelands-bees/why-are-irish-bees-declining/) and are likely to be factors in the decline of other species too.

It is vitally important that we protect our native biodiversity. In fact, under the “Actions for Biodiversity 2011-2016 (Ireland’s National Biodiversity Plan)” the State has signed up to do so. There are also financial reasons for us to protect habitats that provide food and homes to much of our native wildlife including pollinators. According to EU-funded research, pollination services provided by insects, mainly bees, are worth €153 billion a year, (http://pollinators.biodiversityireland.ie/home/the-value-of-pollinators/). There is so much more we need to be doing to protect our native wildlife. Please don’t take a backward step and put into force something which will be detrimental to our native biodiversity. In my opinion the closed period for cutting hedgerows should not be changed. My knowledge of burning vegetation is less extensive but again consideration must be given to allowing vegetation to flower before burning.

The majority of submissions were against changes to the act so why are changes being made? Who is lobbying for these changes? There is a general election just around the corner here in Ireland. Am I being cynical in thinking that the changes are being proposed to get votes?

Habitat of heath bumblebee now under threat from increased burning

Heath Bumblebee will use heather for feeding 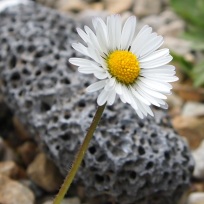